Adrian Shanker (He, Him, His) is an award-winning activist and organizer whose career has centered on advancing progress for the LGBT community. He has worked as an arts fundraiser, labor organizer, marketing manager, and served as President of Equality Pennsylvania for three years before founding Bradbury-Sullivan LGBT Community Center, Allentown, Pennsylvania’s LGBT Community Center, where he serves as Executive Director.

An accomplished organizer, Adrian has led numerous successful campaigns to advance LGBT progress through municipal non-discrimination and relationship recognition laws and laws to protect LGBT youth from conversion therapy. A specialist in LGBT health policy, he has developed leading-edge health promotion campaigns to advance health equity through behavioral, clinical, and policy changes. Adrian administered data collection for the 2015 and 2018 Pennsylvania LGBT Health Needs Assessments. He is editor of the forthcoming book Bodies and Barriers: Queer Activists on Health (PM Press, 2020) and co-author of “Queer and Quitting: Addressing Tobacco Use as an LGBTQ Issue”, a chapter in The Routledge Handbook for LGBTQIA Administration and Policy. And he is a member of the Board of Directors for ACLU of Pennsylvania, a Commissioner on the Pennsylvania Commission on LGBTQ Affairs, a Commissioner on the Pennsylvania Human Relations Commission, and a Board Member for both the Allentown Neighborhood Improvement Zone Development Association and the Non-Profit & Business Partners Council of the Greater Lehigh Valley Chamber of Commerce.

Adrian earned a Graduate Certificate in LGBT Health Policy & Practice from The George Washington University and a B.A., cum laude, in Political Science and Religion Studies from Muhlenberg College. Named a “Healthcare Hero” by Lehigh Valley Business and twice named ‘Person of the Year’ by Philadelphia Gay News, Adrian has received numerous recognitions for his leadership, including the Bar Association of Lehigh County’s ‘Liberty Bell Award‘, the City of Allentown’s ‘Human Relations Award‘, Anne Frank Center USA’s ‘Spirit of Anne Frank Award‘, the Alumni Achievement Award from Muhlenberg College, and GLSEN Hudson Valley’s ‘Leadership Award‘. Lehigh Valley Business named him to their inaugural ’40 Under 40′ and The Elucidator Magazine named him a “Young Trailblazer of the Lehigh Valley”. In 2013, Adrian was one of six LGBT speakers at the 50th Anniversary of the March on Washington: The National Action to Realize the Dream.

Library Journal: says that “On-the-ground activists and health care professionals will be well served by this recommended anthology.”

Book Riot calls the book one of the “six best books about healthcare system inequities.”

Philadelphia Gay News calls Bodies and Barriers “a valuable addition to the literature.”

Gay and Lesbian Review Worldwide calls the book “a road map for action to improve LGBT healthcare for students and professionals, policymakers, and activists.”

Bodies and Barriers: Queer Activists on Health is available for purchase through your local independent bookstore, Bookshop.org, IndieBound, Barnes and Noble, Amazon, Books A Million and PM Press, or in-person from Bradbury-Sullivan LGBT Community Center! 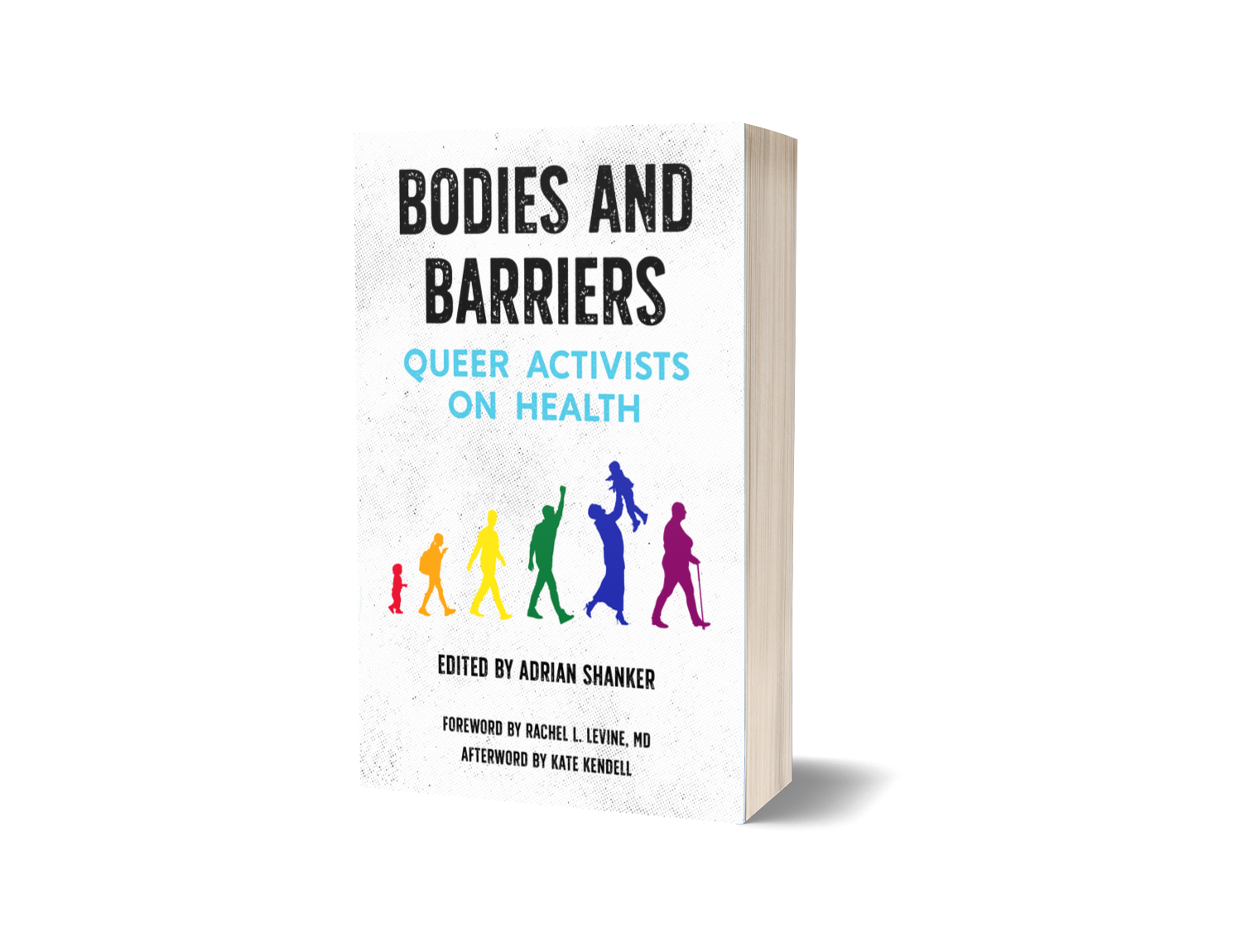 “Now, more than ever, we need Bodies and Barriers to shine a spotlight on how and why good healthcare for LGBTQ people and our families is such a challenge. Bodies and Barriers provides a roadmap for all who are ready to fight for health equity — in the doctor’s office, in the halls of government, or in the streets.”

Scroll back to top